Progress of Expression beyond Western Styles Toward “Multi-Musicality”

In 1966, Shoji Yamashiro became the resident conductor of the Hato-no-kai Chorus, a student club of Tokyo University of Education and Ochanomizu University, the predecessor of Geinoh Yamashirogumi. Under Yamashiro, who foresaw the limitations of western-style choral singing with bel canto vocalization, the challenge to escape from the bel canto style began.

In 1968, Yamashiro succeeded for the first time in the world in performing Bulgarian polyphony with non-Bulgarian female singers, and the following year, in 1969, he succeeded in performing Georgian male chorus (renamed to “Chorus Group Hato-no-kai” in the same year), and further expanded the scope of activities to Asia and Africa. In 1974, the group succeeded in a complete performance of Kecak all by non-Balinese people, a choral art form from Bali, Indonesia, and embodied a performance filled with music, dance, drama, and magical factors all built on a sophisticated system of control and put together in a harmonious combination. This was the beginning of the rebirth of the “Chorus Group Hato-no-kai” into “Geinoh Yamashirogumi”.

Since then, the group has developed a repertoire of performing arts from as many as 80 different ethnic groups around the world, beginning with the African Mbuti (pygmy). In the area of traditional Japanese music and performing arts, in 1969 the group premiered “Chorus Kariboshikiri Uta,” a work that utilizes the voices and “kobushi” (tremolo) of authentic Japanese folk songs, and has also created new choral works that utilize traditional Japanese singing styles such as “komoriuta” (lullabies), “hauta”, “kiyomoto” and “Shomyo”, while adopting polyphony into such works.

In this way, Yamashirogumi has been embodying “multimusicality” (activities by single group to perform music which belong to different cultural zones) since the 1960s, well ahead the 21th century has widely seen similar activities. In this regard, Yamashirogumi may have been the first example of this kind in the world.

The first factor that made this possible is the “natural scientific approach”. In approaching the performing arts, we have adopted a strategy that makes full use of natural science and cutting-edge technology, including information science, molecular biology, and brain science, and we have used our analytical, problem-solving, manipulative, and persuasive abilities to break beyond the rigid old paradigm.

The second is a “meta-specialization approach”. Because Yamashirogumi is not a professional music group or organization, it has been able to boldly challenge the steps toward “escape outside the bel canto sphere”, “open choral music” and “performing arts that bridge tradition and modernity” without being constrained by any conflict of interests. Ethnomusicologist Fumio Koizumi has stated, “The Hato-no-kai is not a professional choral group. However, this amateur choir is doing the work that should be considered the most important by Japan’s professional choirs and indeed by the Japanese music world. Even if there are still technical difficulties and managerial challenges with them, the power to overcome these difficulties and advance this valuable pioneering work may be only given as the privilege of the young people who are running alone on the plains against the headwind” (program for the 16th regular concert of the chorus group “Hato-no-kai”).

The third is a “comprehensive approach”. Yamashirogumi has emphasized the relationship between the performing arts of various ethnic groups and the communities that sustain their lives, and has placed emphasis on a comprehensive understanding and study of the values of tradition, ways of thinking, and lifestyles that form the basis of the communities, rather than focusing on the performing arts alone. Without such an approach, it would have been almost impossible for foreigners to learn the traditional performing arts of various ethnic groups in earnest, and this is thought to be an important factor in the unsuccessful attempts of many western groups to perform Kecak. On the other hand, through this approach, Yamashirogumi was able to establish deep bonds of understanding and trust with the people of Bali, Georgia, Bulgaria, and other countries, and to build a relationship so rich that the local community accepted them as members of their society.

The Impact of Package Media 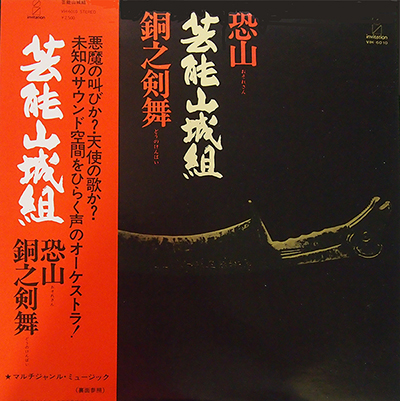 The package media as LP, CD, and others has been playing an important role in our activities. Geinoh Yamashirogumi’s first LP, “Osorezan / Dou no Kenbai” (1976), was produced by music critic Touyou Nakamura and under his splendid insight, released as music that defied the boundaries of existing genres on Victor Musical Industries’ Invitation label, a label for popular music rather than artistic music. This was the beginning of the Yamashirogumi’s emergence as a major social influence. Nakamura described the sound of this work as “a shocking sound created from old traditions by new ideas” (liner notes for the LP “Osorezan / Dou no Kenbai”), which was then so outside the sound framework of conventional LPs that almost all processes of LP production, from recording to pressing, required the innovation of existing technologies.

The production of media packages of 16 LPs and CDs, including “Ecophony Rinne,” “Symphonic Suite Akira,” and “Ecophony Gaia,” and following media evolution into DVD-Audio, Blu-ray and UHD Blu-ray packages, have brought about synergies between content production and technological innovation.

We have found and verified following matters among others;
1. Many performing arts are the elements of traditional community festivals.
2. In a festive and informational space where audiovisual information from various performing arts is densely layered with a variety of sensory information that stimulates the senses, such as decorations and fragrances, the powerful pleasing sensation shall be induced in the participants, which can cause “trance” with a faint, as seen in Bali.
3. The “social control mechanism by way of gods and festivals,” in which people will get together as they being attracted by the sense of pleasure stemming out of festivals and make harmony before the authority of the gods, plays an important role in maintaining stability and peace in Balinese village communities.

With the aspiration of creating a festive space rooted in such traditional essence in a modern city, Yamashirogumi has been holding “Kecak Festival” in the skyscraper district of Shinjuku, Tokyo, every year since 1976.

Meanwhile, in 1978, the group premiered “Gungei (performance of herd) Narukami,” that dramatically changed the concept of stage arts by analyzing the expressive strategies of various ethnic performing arts and pursuing the possibilities of diverse expression by herd of people. “Gungei” is the name given to a new style of expression consisting of an expression system with a hyper-flexible structure in which performers move without any restrictions on their roles or domains, expression through the control of physiological states, and the creation of a phase space in which music, dance, art, etc. are fully integrated.

Based on these accumulations, we have systematized Kansei Science, which captures the mechanism by which humans as living organisms generate sensory reactions through environmental information and its input, mainly audiovisual information, and Direction Engineering, which constructs technologies to effectively guide sensory (“kansei”) reactions against the backdrop of the modern scientific and technological environment from a science and engineering perspective. The accumulation of theories based on such science and engineering and natural science approaches and long-term practice in creating festive spaces has led to the successful staging of complex large-scale productions that mobilized numerous elements and performers, such as the “Landscape Opera Gaia” (producer, director, and music director: Shoji Yamashiro) at the 1990 Flower Expo and “Symphonic Suite AKIRA” (1988), the music for Katsuhiro Otomo’s animated film “AKIRA,” led to its worldwide acclaim and long popularity that continues to this day.

In addition, the “Kaimin (good sleep) Studio Alpha” (1989), a relaxation environment simulator that induces a state of stress-free sleep through the synergistic effects of sound, images, and fragrance, and the “Hyper Sonic Sound” series (1999), a SACD series that brings pleasing sensation and healing that may melt the brain, the “Mediage Atrium Sound Environment System” (2000), which creates a multidimensional sound environment that induces hypersonic effects in a modern urban space, the “Hyper Hi-resolution” music content distribution (2014), which aims for the ultimate in high resolution sound quality, and the “Creation of a Comfortable Sound Environment for NEWoMan (New South Area of Shinjuku Station)” (2016). These are major examples of our initiatives to design Bbrain-Friendly Sound Environments” and it is now becoming a full-fledged effort. 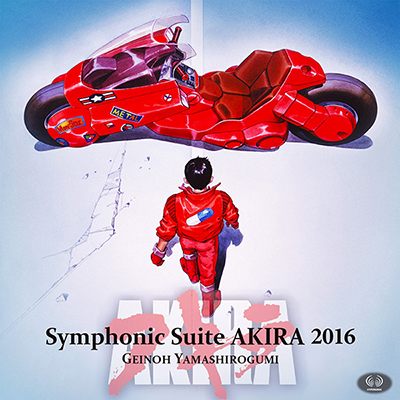 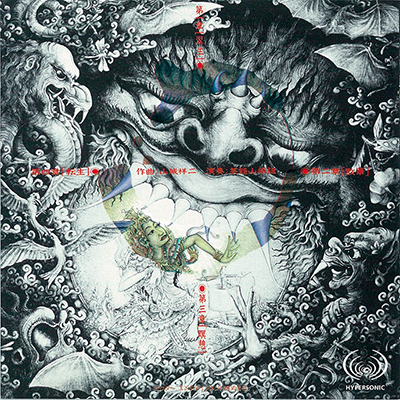 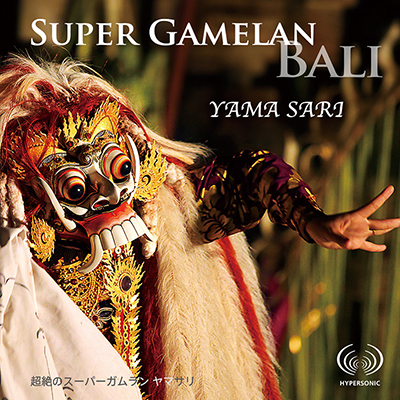